I left work early on Friday to tend to a mini-disaster in the Robin's Nest**, but fortunately, everyone was safe and fine. We all decided to dress up and proceed with our Halloween party in the PM, as our fancy way of telling Death*** to fuck off. Since I've been suffering from post-Disneyland depression for a little over a month now (and after working on a bunch of costumes this year), I dressed up/down as a retro Mousketeer (aka MY FEELINGS). After a night of mingling, G&Ts, and dicking around with the photobooth, AK (who was Blake Henderson for the night) & I listened to a couple episodes of The Gravity Falls Gossiper Podcast**** and passed out.

We woke up with a craving for hearty fried food, and discovered M3 in Davis Square, which served my dream breakfast at 3PM in the morning.
Randy met up with us while we ate the aforementioned food, and then worked on our master plans for the upcoming year, and then we met up with Ming & Neil and ate food again. Weekends, guys!

My weekend was extended due to Hurricane Sandy, which luckily only hit us with gusty winds and tons of rain. Regardless, with the MBTA shutting down at 2 PM, the city pretty much shut down for the day. In the morning, we met up with Sandy on the beach. After we faced the violent waters, I spent the rest of the day napping, eating ramen, and buying a lot of ridiculous things online. Speaking of storms and online shopping, I received my Gemma Lister collar in the mail yesterday (c/o Fab) and discovered that UPS still delivers during hurricanes. I ended up getting the pearl velvet collar, which I can't wait to work into my Fall/Winter outfits. 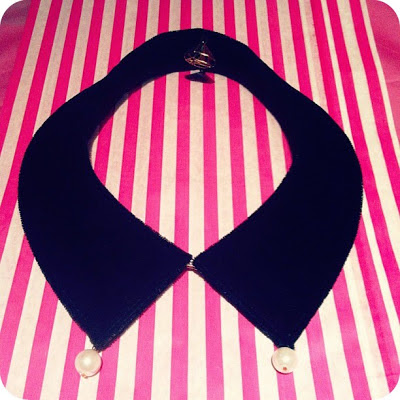 Anyway, I hope the rest of you on the East Coast stayed safe and dry during Hurricane Sandy.

*I will recap the rest of my life, eventually.
**my new headquarters
***Don't worry, bb - I still love you.
****If you're a fan of Gravity Falls, it's imperative that you listen to this podcast.
Posted by Betty Felon at 2:03 PM