Months after its postponement in April, Boston Comic Con took place at the Seaport World Trade Center last week (August 3-4) and drew in an outstanding crowd of excited convention attendees. After hitting up both ConnectiCon and San Diego Comic Con last month, we were already pretty burnt out from convention season, however we trekked out to one of our favorite local shows to check out the sights and meet up with our friends (many of whom were stationed in Artist Alley). We decided to take it easy and opt out of cosplaying for this convention, and now 2013 is shaping up to be the Year of Look, I’m Just Too Tired To Sew Things – I’m Going To Go Lie Down And Play Animal Crossing For A Few Hours.
Despite the larger exhibit hall space than last year’s convention, the turnout at the show exceeded expectations, with a rumored attendance of approximately 20,000 people the entire weekend. The lines for both purchasing badges and badge pick-up wrapped around the Seaport, and the crowds near the 501st’s Jabba the Hutt set up and the concession stands made it difficult to visit the dealers adjacent to these spots. Upon reflection, I don’t think we were even able to make a complete round through the entire floor due to the crowds. 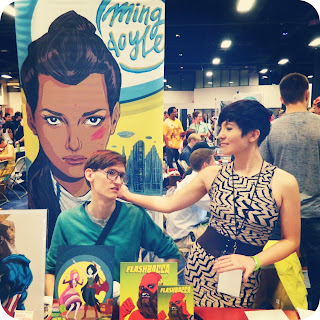 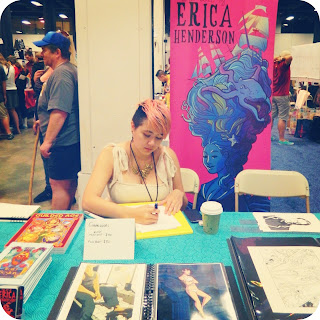 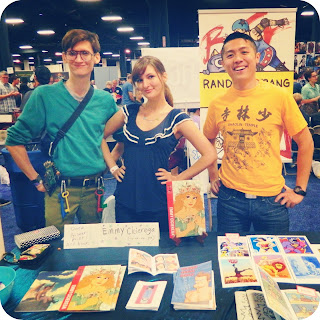 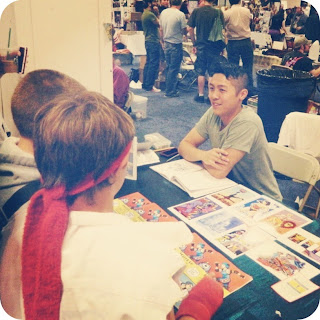 Fortunately, I ended up spending most of my time exploring the expanded Artist Alley. Boston Comic Con is often commended for their exceptional Artist Alley, featuring an impressive roster of both up-and-coming artists and notable names in the comics industry (such as Neal Adams, Mike Mignola, and George Pérez). We visited many of our talented friends who were stationed in AA and I also had the pleasure of meeting/bothering some really great creators. Unfortunately, we didn’t end up attending any of the panels, since I didn’t get a copy of the Quick Guide (nor did I really feel like waiting in line this past weekend?), but we had a great time wandering around, hanging out with friends, meeting cosplayers (note: all of my cosplay photos can be viewed on ComicsAlliance), and buying tons of cute stuff (including a beautiful Hawkeye dress from Suckers Apparel, c/o Stephanie Cooke)~
All in all, Boston Comic Con was a fun time, and I look forward to seeing our growing hometown show at the Seaport WTC next August.

Check out the rest of my photos from Boston Comic Con (including photos of my massive haul) after the cut! 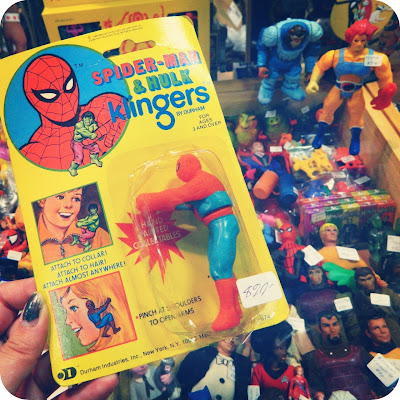 Phew, that took forever. Now to find a place to put all of my new treasures...