In the midst of preparations for San Diego Comic Con, AK and I took a break from sewing and packing to head down to ConnectiCon on July 14th. ConnectiCon is an annual convention in Hartford, Connecticut, at the Connecticut Convention Center that caters to anime, comics/webcomics, and youtube/podcast programs, and since many of our peers have raved about this convention over the past few years, we decided to check it out for the day. We suited up and hopped on the Greyhound to Hartford, and caught the complementary convention shuttle from the bus terminal within 15-20 minutes of arrival. Despite the grand layout of the convention center, we were quickly able to locate and pick up our convention badges with ease, and we proceeded to make a beeline for the artist alley in the exhibition hall.
Although the quick guide for ConnectiCon was incredibly informative about the programming and events at the convention, the floor map was a bit tricky to navigate, as the separate rows for artists, media guests, and webcomics were very close together. Although the Artist Alley was more humble than the offerings at Boston Comic Con or New York Comic Con, we really enjoyed the variety of guests that ConnectiCon had to offer - not only did we get to see a bunch of our favorite local artists (such as Ming Doyle and Erica Henderson), we also got to see Potter Puppet Pals, Baman Piderman, Chris Haley and Eugene Ahn/Adam WarRock of Let’s Be Friends Again & The Gravity Falls Gossiper Podcast, and more. We took our time perusing through the exhibition hall, meeting cosplayers and other Gravity Falls Gossiper fans, and blowing a small portion of our SDCC budget on some art and convention souvenirs. 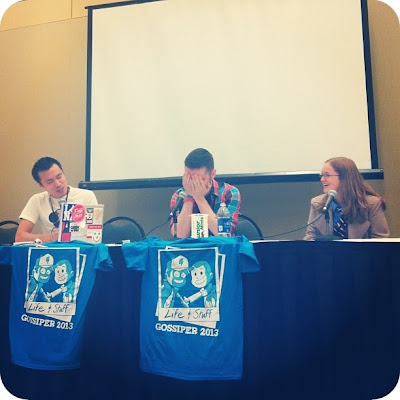 Since we could only attend Sunday at ConnectiCon, the only panel we were able to catch was the live Gravity Falls Gossiper podcast. The Gravity Falls Gossiper podcast was founded a little over a year ago by Chris Haley and Eugene Ahn, and has evolved from a podcast about Gravity Falls and how it relates to Chris and Euge’s lives to a program that is also about “life and stuff," where they’ve discussed everything from the X-Men to boybands to awkward childhood memories. Although we’ve been going to conventions for almost ten years now, this was the first podcast panel we’ve ever attended, which truly accounts for the unique programming that ConnectiCon is known for.

After a few technical hiccups at the beginning of the panel, Gravity Falls Gossiper Live kicked off with the Gravity Falls theme song and Chris and Euge’s reflections about their ConnectiCon experience, Gravity Falls cosplayers, Pacific Rim, and of course, the X-Men. After the standard podcast banter that is synonymous with the GFG podcast, Euge held a trivia contest for audience members to compete against Chris for a chance to win Gravity Falls apparel. Despite the fact that the trivia categories were Gravity Falls, X-Men, and Fast and Furious (with a special high-point Chris Haley category that could only be answered by the audience members), the GFG fans completely outsmarted Chris Haley and retrieved their prizes.

All in all, ConnectiCon was a really great show that showcased a great variety of talent that is often overlooked by many of the local conventions, and we really look forward to checking out the entire show next year.

Check out our photo coverage of the convention after the cut (including cosplay and our ConnectiCon haul)! 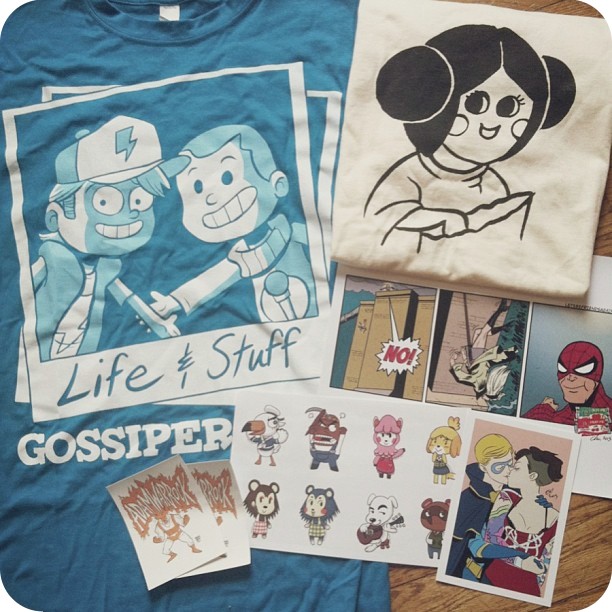 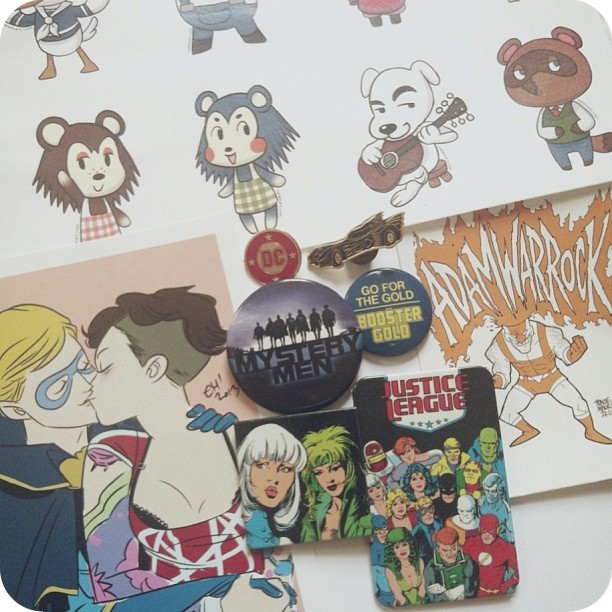 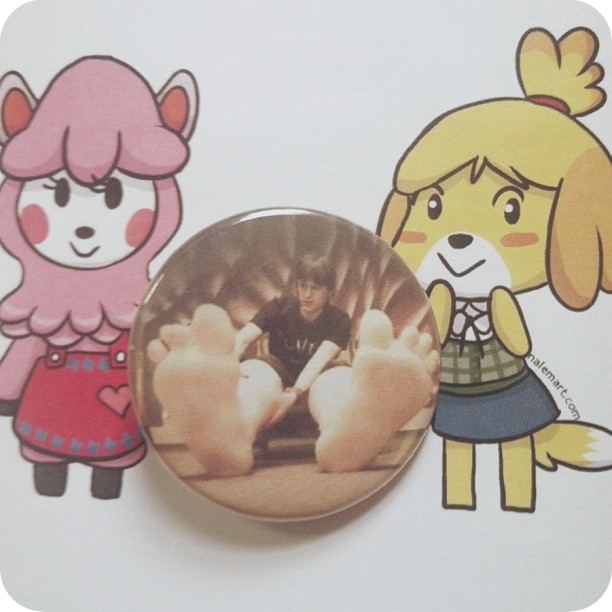