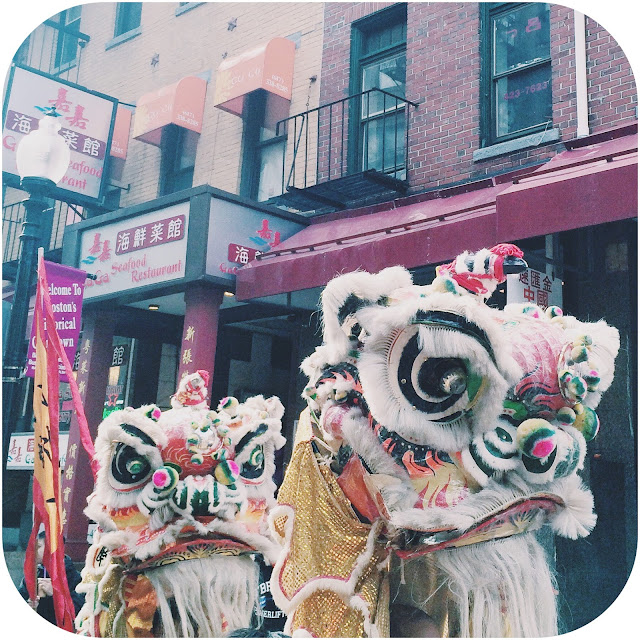 Today, AK & I went to Chinatown to chase the dancing lions at the Chinese New Year Festival. We originally thought that we had missed the festivities during our trip to New York, but luckily, the event was postponed due to bad weather last week. We woke up earlyish, grabbed coffees from Bloc Cafe, hopped on the T to Chinatown, and followed the sound of firecrackers and rhythmic drumming. After making a few rounds of the main Chinatown blocks to watch as many lion dances as we could, we ducked out of the crowds and grabbed a quick lunch at New Golden Gate. Last year, we missed the Gund Kwok lion dance (the only all-women lion/dragon dance troupe in the US), but we finally encountered their beautiful metallic pink and red lion as we were leaving Chinatown and I'm still in absolute awe of their performance!

Anyway, here are a bunch of photos of the lion dances~ 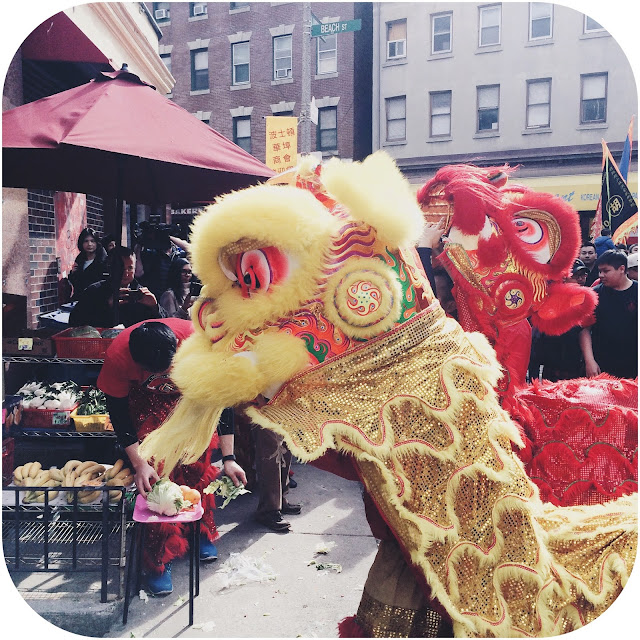 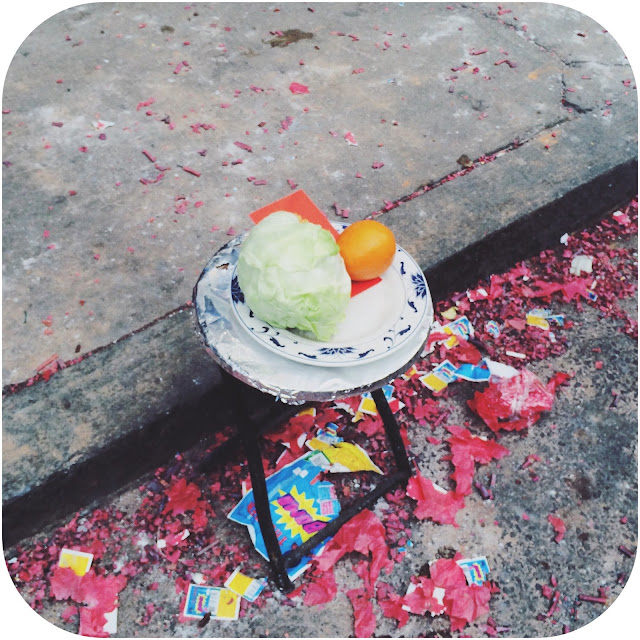 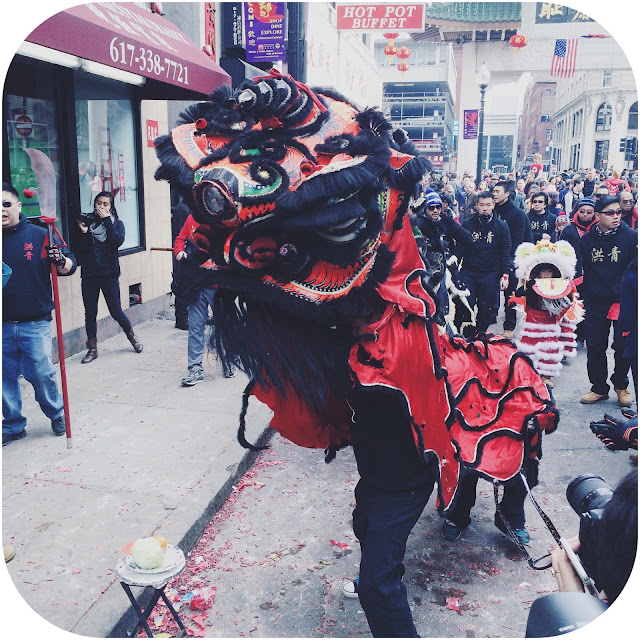 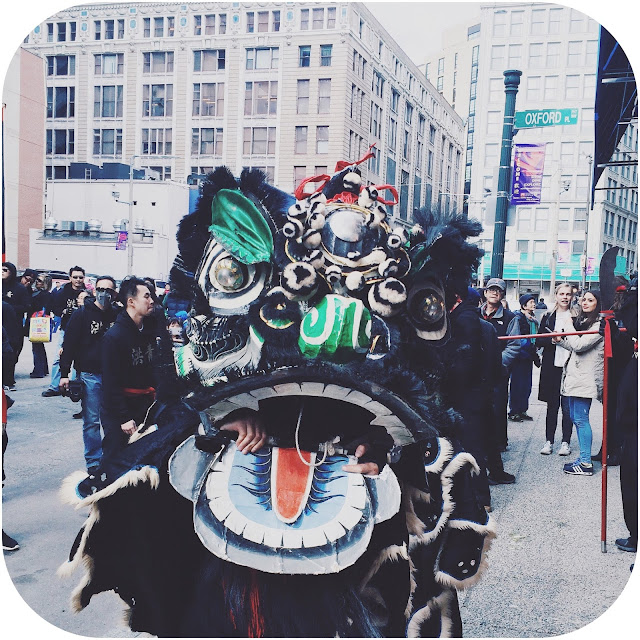 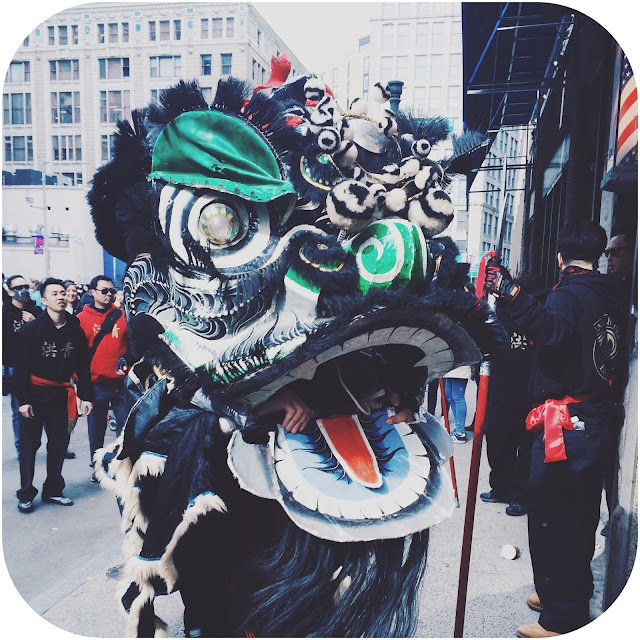 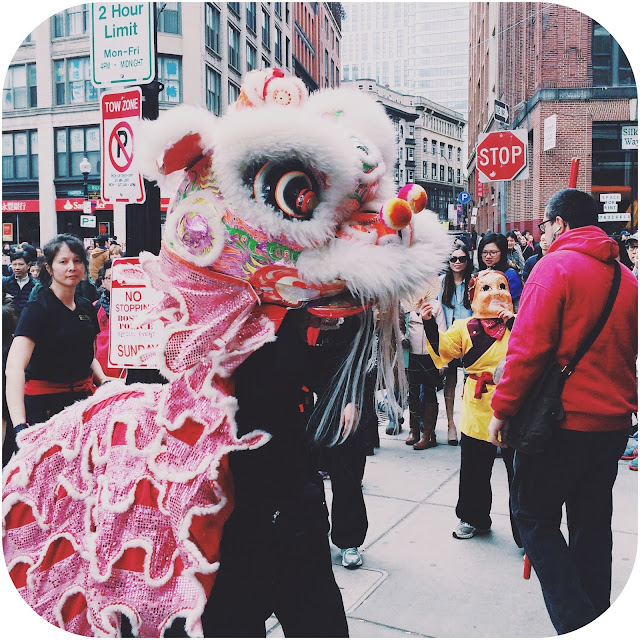 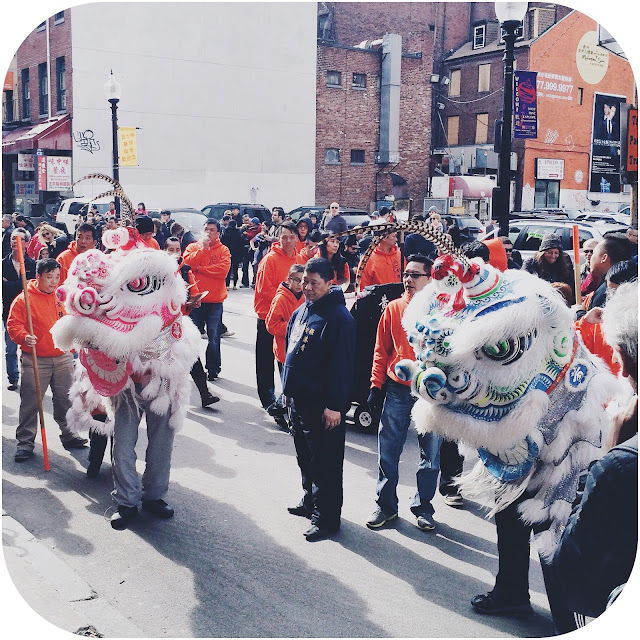 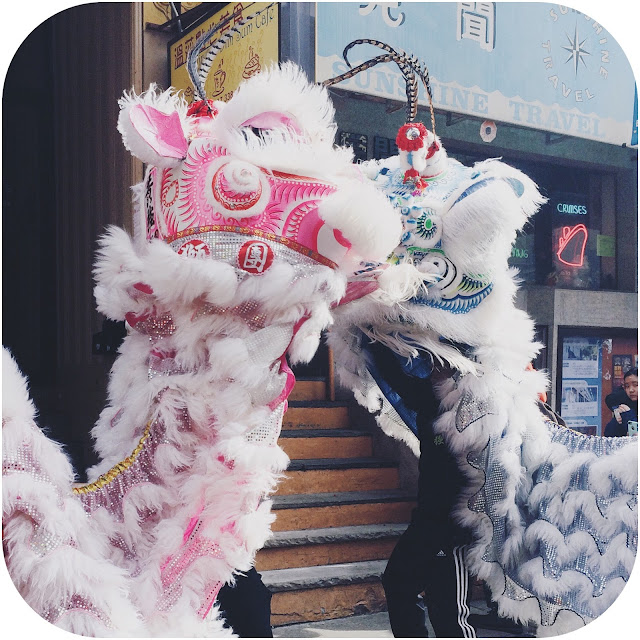 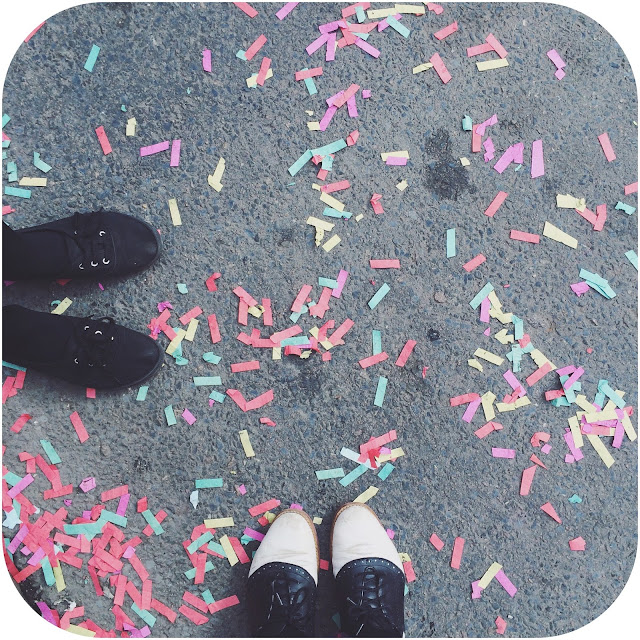